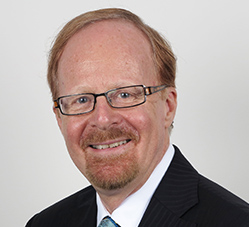 Dr. Russell Howard is an Australian scientist, executive manager, and entrepreneur; he was recently the overall winner of the 2014 Advance Global Australian Award for his global impact on the biotechnology field and green chemistry. He was a pioneer in the field of molecular parasitology and in leading the commercialization of one of the most important methods used widely today in molecular biology today called “DNA Shuffling“ or “Molecular Breeding.” He is an inventor of five patents and has over 150 scientific publications.

After earning his Ph.D. in biochemistry from the University of Melbourne, Dr. Howard has held positions at a number of leading research laboratories around the world, including the Immunoparasitology Laboratory at the Walter & Eliza Hall Institute in Melbourne and the National Institutes of Health in Bethesda, Maryland, where he became a tenured investigator. In industry, Dr. Howard worked at Schering-Plough’s DNAX Research Institute of Molecular and Cellular Biology in Palo Alto, California; was the President and Scientific Director of Affymax, Inc.; worked at GSK after their purchase of Affymax; and was the co-founder and CEO of Maxygen, Inc. after its spin-out of Affymax-GlaxoWellcome.

As Maxygen’s CEO, Dr. Howard led its IPO on NASDAQ and a secondary offering, raising a total of US $260 million in capital. Under Dr. Howard, Maxygen successfully developed and partnered dozens of technology applications and products, including novel protein pharmaceuticals. After leaving Maxygen in 2008, Dr. Howard started the CleanTech company Oakbio, Inc. and remains involved in a number of other innovative biotechnology companies in the USA and Australia. Dr. Howard is also currently Executive Chairman of NeuClone Pty Ltd and was a Director of Circadian Technologies Ltd from 2013 to 2015.