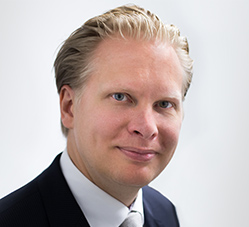 Mr. Voigt has served as our Chief Financial Officer and Chief Business Officer since 2012 and was appointed as CEO and Executive Director in July 2014. He has extensive experience in the corporate and biotechnology sectors. He has previously worked as a personal assistant to a member of the Executive Board of Allianz Insurance. Mr. Voigt has also worked for German investment bank, net.IPO.AG, in the area of business development and German securities offerings. In the early 2000’s he was investment manager in a midsize healthcare venture capital fund. In the biotech sector, he has held different executive positions, foremost in private German biotech companies. He has a Masters Degree in Business Administration from the Freie Universität of Berlin and is a member of the judging panel of Germany’s largest business plan competition.