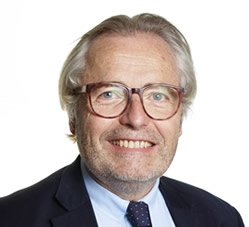 Frédéric Triebel, MD Ph.D. founded Immutep S.A. in 2001 and served as its Scientific and Medical Director from 2004. He was appointed as Chief Medical Officer and Chief Scientific Officer following the acquisition of Immutep S.A in December 2014.

Before starting Immutep, he was Professor in Immunology at Paris University. While working at Institut Gustave Roussy (IGR), a large cancer centre in Paris, he discovered the LAG-3 gene in 1990 and in subsequent research identified the functions and medical usefulness of this molecule. He headed a research group at IGR while also being involved in the biological follow-up of cancer patients treated in Phase I/II immunotherapy trials. He was Director of an INSERM Unit from 1991 to 1996.

First trained as a clinical haematologist, Prof. Triebel holds a Ph.D. in immunology (Paris University) and successfully developed several research programs in immunogenetics and immunotherapy, leading to 144 publications and 16 patents.